India, May 2021: ?Instituted in 1997, Sona College of Technology is one of the top engineering colleges in India that was accredited "A" Grade by the National Assessment and Accreditation Council (NAAC). The autonomous institute is a pioneer in the fields of science, engineering, technology, and management studies. On par with the advanced research, the college has nurtured and developed 36 centres of excellence. Recognised and ranked by the National Institutional Ranking Framework (NIRF) under the top 150 engineering colleges 2020, Sona College of Technology is one of the fastest-growing engineering institutes in India. Since its inception, Sona College has advanced in its global expansion, in-house facilities, all the while promoting research methodologies. It has recently announced the setup of a modern Institutional Repository ?with an aim to archive and make the paywalled research papers accessible for researchers across the globe.

Of total scientific articles published, 60.34% of scientific articles have regularly received citations from the Web of Science and Scopus. This reflects the quality and accuracy of research conducted at the institute. Based on the number of scholarly works published, Sona College of Technology ranks on top of the most active institutions list in leading fields of study. 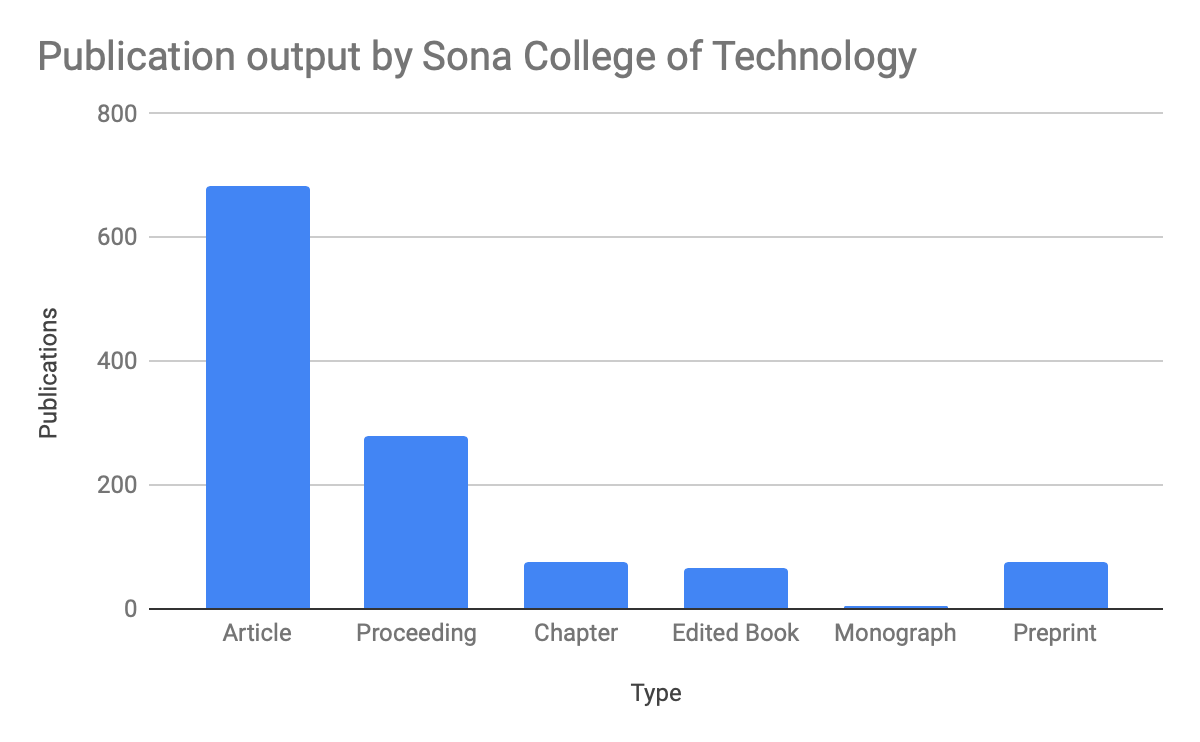 Last year, Sona college conducted an analysis to identify the accessibility of their published research; the percentage of publications that are paywall-restricted. To their estimate, more than 75% percent of research articles published from the college is hidden behind a paywall and are not easily accessible by readers across the globe, therefore limiting the reachability and citability of published research.

During the interview, Dr. S. R. R. Senthil Kumar, principal at Sona College of Technology, ?said?, “?Paywalls severely limit the accessibility of research papers. If reading a paper requires a reader to spend $40, most likely, the reader wouldn’t pay. We need to make a bold push that makes scholarly literature accessible for free to everyone in this country. Sona College of Technology has taken the first step, and we hope that other technology-led and engineering institutes do the same?.” 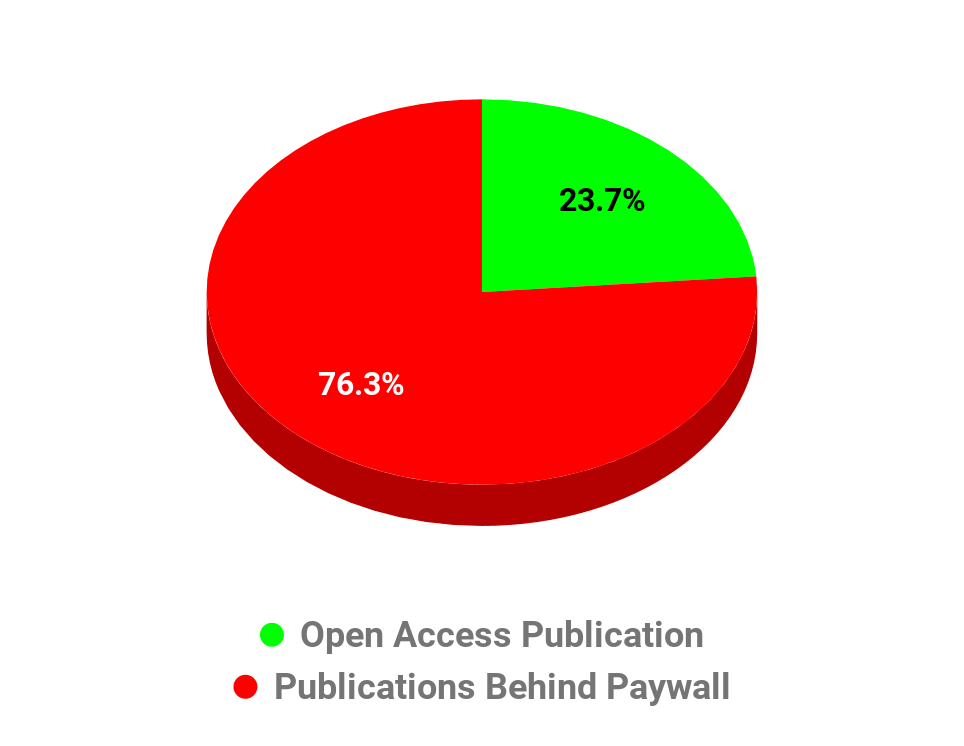 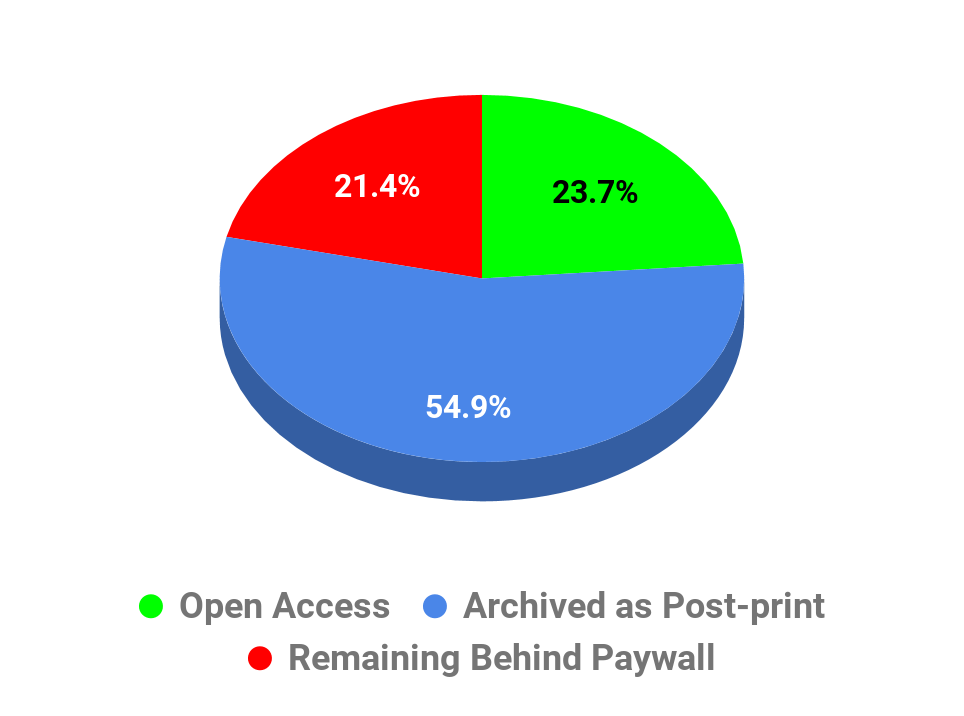 Since its launch, the platform has seen a 16% - 18% increase in monthly impressions across search engines such as Google. An increase in views corroborates increased downloads and ultimately pave the path for better citations. According to numerous studies and preliminary analysis, there exists a strong correlation between article downloads and citation count - ?Source1?, ?Source2?. The institute also found the reader demographics to include corporates and MNCs. This has opened up potential collaboration opportunities in different sectors.

As of today, around 81% of global publishers formally allow some form of self-archiving in Open Access knowledge repositories. Self-archiving is essentially when the author uploads a free, electronic copy of their research in an online repository, thus making it accessible for other researchers as pre-prints or post-prints.

Scholarly Publishing and Academic Resources Coalition (SPARC) Europe has performed numerous studies to verify that almost 35% to 600% increase in citability is observed by adapting and promoting the usage of Green Open Access.

Prof. Dr. R. Malathy, professor and Dean at Sona College of Technology, who oversaw this initiative, said, “?As an institute, we recognise that it is our duty to make a difference. We consider it our responsibility to offer all researchers the opportunity to disseminate their work more widely. This platform will also help us achieve green open access to align with the Government's latest policies in science, technology, and innovation.”

The institute further aims to join the growing list of international universities that introduce ‘rights-retention’ policies. It’s a popular initiative that ensures researchers and faculty keep the right to share their work in repositories without breaching copyright agreements. A move that will be welcomed by the community.

The Indian government is also pushing for a “one-nation, one-journal subscription plan” that promotes open access. This is a follow-up to Europe’s Plan S initiative. Since India is one of the largest producers of STEM publications, any movement in a country of 1.3 Billion people will call for a global push.

For far too long, the academic publishing industry has held authors captive to the paywall system. Open access is changing that. Sona College of Technology has identified that and intends to be a pioneer in this movement. “Authors first, and readers first” is the motto.