"Mythology genre never fails to teach you newer things, despite having adequate experience in the field of acting", says an excited Puneet Vashist while talking about his role in &TV's Kahat Hanuman Jai Shri Ram 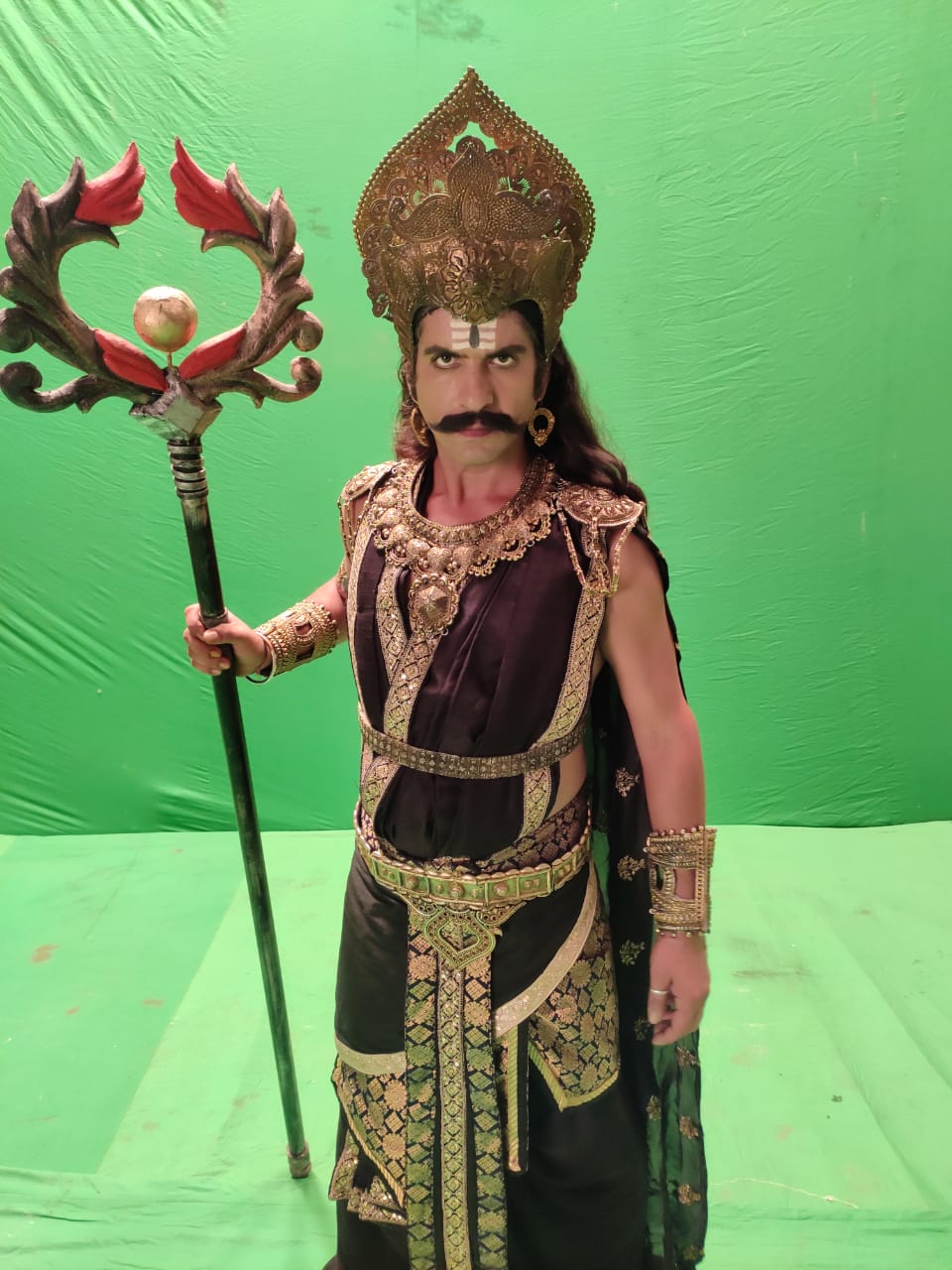 Known for playing negative characters in various television shows, Puneet Vashistis now seen as Shani Dev in &TV's mythological show,Kahat Hanuman Jai Shri Ram. A seasoned and popular face on television, Puneet admits that while the role of Surya Dev and Chhaya's son – Shani Dev, is an enriching experience for him. He is focusing onthe characternuances, such as the nature of emotions and the delivery of pure Hindi dialogues. It will now make an interesting watch to see him portray the role of God who rewards and punishes people basis their deeds.

1)  How does it feel about returning to shooting after a three-month gap?

I play the role of Shani Dev in Kahat Hanuman Jai Shri Ram that telecasts on &TV every day fromMonday to Friday at 9.30pm. It is a wonderful project and to be back with especially after a three-month-long break. The character has allowed me to explore various shades, and I thank the makers for entrusting me with such a brilliant role. Mythology as a genre never fails to teach you new things despite you having adequate experience in the field of acting.

2) Tell us about your character in the show?

In the show, I am essaying the role of Shani Dev, the Lord of wrath and anger who helps bringing in justice. He is a compelling character,and I am fortunate to be able to play a role so intense. Since I am born and brought up in Mumbai, my command over Hindi is decent,but this new role has introduced me to shudh Hindi words which I have never used or heard of before. So, it is an added advantage as my Hindi vocabulary is becoming stronger.

3) How did you bag this role/character?

Sometimes right things happen at the right time, and this is what happened to me. I was offered this role, and I immediately agreed to play my part. Shani Dev is known to reward hard work or good deedsand, in my case,that is just what happened.

4) Did you have to prep for this role? If yes, tell us about the preparations.

To be honest, due to the extensive work portfolio in the past, I have got accustomed to portraying different and unique roles.I have a way of acting as it comes naturally to me. Having said that, though I am very comfortable with the Hindi language, there were certain shudh Hindi words which I had to read through to use in my dialogues engagingly.

5) Have you started shooting? How has been your experience? Tell us a bit about your first day at the shoot.

Yes, I have started shooting, and it is a very different feeling to play the character of God. The first day of the shoot was a different experience altogether. Our body temperature and oxygen levels were measured upon entering the set. Use of masks and face shields were compulsory unless we were facing the camera, and we washed and sanitized our hands every few hours. The common area of the set was disinfected at regular intervals to avoid contamination. We practised social distancing and adhering to the government norms.

6) Tell us briefly about the storyline for the fresh episodes

In the upcoming episodes, you will see the biggest Bhakt – Hanuman meeting his Bhagwan – Shri Ram and Shani Dev along with other Gods help Bal Hanuman in deciding his journey to meet Lord Ram.

7) Any other projects in the pipeline?

Currently, I am focusing all my energies on the role of Shani Dev. Yes, there are other projects I am approached for, but those are in primitive stages, nothing is final yet.