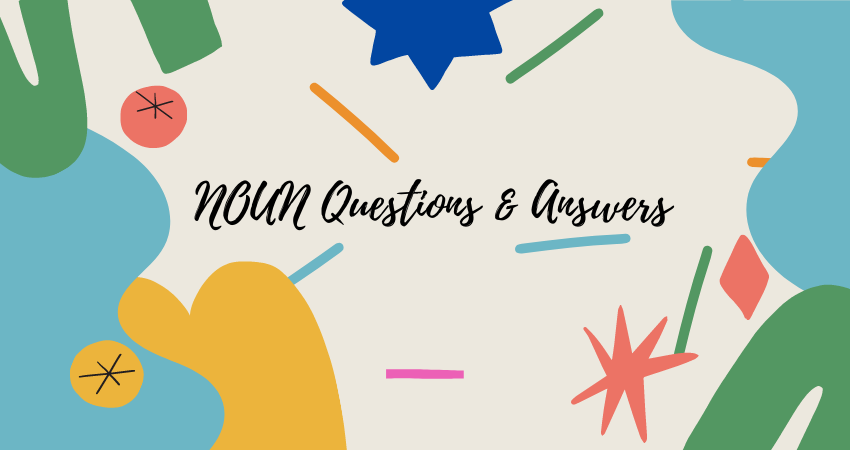 1.Question:- What is a noun?
Answer:- A noun is a word that identifies or names a person, a place, thing or idea.

2. Question: -What is a common noun?
Answer:- Common noun name any person, place, thing or idea.

3.Question:-What is a material noun?
Answer:-Material noun is a grammar term that refers to a material or substance from which things are made such as silver, gold, iron, cotton, diamond and plastic.

6.Question:-How to identify common nouns?.
Answer:-A common noun is the general non-specific term for a person, place, thing or idea. Usually, common nouns are not capitalised unless they begin a sentence.

9.Question:-What is a count noun?
Answer:-A noun which refers to something that can be counted.

15.Question:-What is a feminine noun?
Answer:-Feminine nouns are words used for women, girls and female animals.