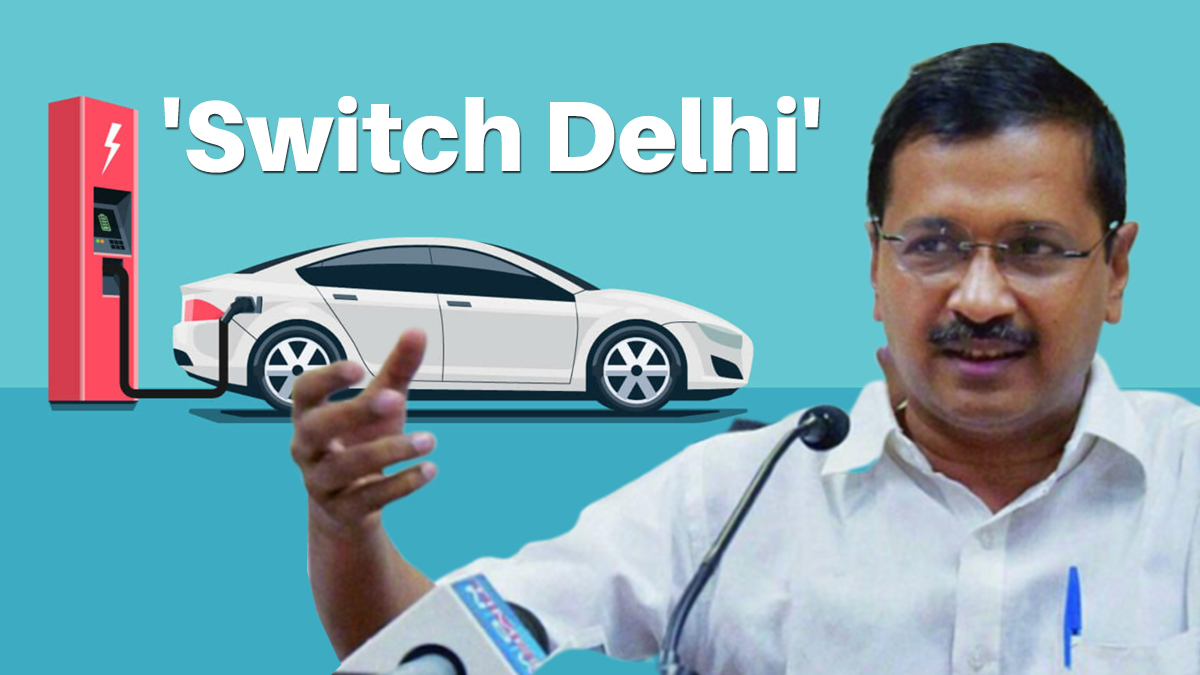 The people of India have been fighting courageously against Covid-19 pandemic. They have applied all possible measures to defeat the virus, but one of the most important issues has been overlooked. The overlooked issue is air pollution, to curb this issue the Delhi Government has announced “Switch Delhi Campaign” on Feb 4, 2021. This is an eight week long campaign to sensitize Delhiites about the advantages of electric vehicles. This campaign was launched to encourage the utility of electric vehicles in the state, it is going to educate people about the benefits of electric vehicles (EV) and their contribution towards making the environment clean and pollution-free.

Delhi Government declared that it is the high time to adopt this campaign as the air quality of the state is worsening day by day. A mass movement is required to form an allied commitment to reduce pollution by purchasing Electric Vehicles. The aim of the Delhi Government is to inform, encourage and motivate people to swap zero-emission electric vehicles from polluting vehicles. The government further added that people making the switch will get many benefits. Also, all the government departments are going to switch to electric cars within the coming six months.

To minimize the vehicular pollution, the Electric Vehicle Policy in August,2020 was announced by the Delhi Government. The vision to run at least 25% electric vehicles by 2024 is commendable.

RWAs, big companies, market associations, malls and cinema halls could play a leading role for this campaign by setting up charging stations in their premises.

The Delhi Government has requested the youth to adopt EVs as this initiative could bring a big difference. Youth is the backbone of any nation who plays a prominent role in development. The Delhi Government has also appealed to youth to buy EVs as their first vehicle. Youth in India constitutes around 35% of the total pollution. Therefore social reforms and improvement can be largely brought by the youth in a country like India. Their participation aids to achieve the goals towards progress.

E-mobility represents the concept of electric vehicles run by electric motors which gets power from energy stored in batteries. Instead of an Internal Combustion Engine (ICE), EVs have electric motors causing zero tailpipe emission. Such vehicles do not contain components like fuel line, fuel pump or fuel tank.

According to a recent research for electric vehicles in India, Every year, a mere 5 percent conversion of cars to electric vehicles will save 45 lakh liters of fuel. Even after considering the pollution generated by the generation of electricity, it is also found that each e-bike can save up to 350 kg of CO2 emissions each year. In addition to being cost-effective, the adoption of electric two-wheelers would also be the most affordable product in the whole world. There is no need for any lubricant or costly engine oil for electric two-wheelers, unlike diesel or petrol vehicles.

The National Mobility Electrification Mission will see its best implementation in the area of bus transport. Cluster charging solutions will be offered by the network of parking spaces and terminals throughout the country. To make mobility seamless, micro-grids should be added to this network. Two wheelers along with three wheelers majorly contribute to two-thirds of Delhi's pollution. The focus on their electronic transition will tremendously benefit air quality.

Benefits of choosing EVs over ICE  :

Transition to electric vehicles is not only about meeting low carbon goals but to solve complicated problems like energy security, air pollution and job creation. Advancement of electric mobility aims at solving multiple issues prevailing in India, along with revitalization of the automobile industry.

We are very grateful to the Delhi Government for the implementation of a much needed  policy that covers key measures to move in the correct direction. This policy could become a game changer if the cabs and other public vehicles switch to zero-emission electric vehicles. It is a holistic approach to make the nation ‘Clean and Green’.  This motive can only be achieved if all of us join hands together in order to combat pollution. Apart from this, enhanced industry cooperation and greater consumer awareness can foster the adoption of EVs in India.