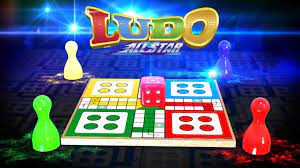 05th June, 2021| Delhi: Online Ludo has gained popularity among the online gamers, especially those looking to play competitive skill-based games. The online game is similar to the board game, with the key difference being the preponderance of skill, application of mind and strategy in winning. In Ludo Supreme, one of the most popular skill-based Ludo games available, for example, the player’s decision-making, strategy and understanding of the game determines the outcome of the game.

To win a game of Ludo Supreme, the player has to utilise the randomly generated dice number efficiently, giving equal attention to all the four tokens. Which token to move, using time strategically, going for the home run, going on the offensive, or choosing to even skip the move entirely, are some of the things each player has to think about while playing. Here, skills such as strategy, observation, judgment, adroitness and attention of the players, plays decisive roles. Not only does one need skill to win the game, playing the game over time also improves game-playing skills, which is reflected in the correlation between players having played a certain number of games (=>30) and their improving winning ratios.

Motivation plays an important role in choosing skill-based games. According to a study done by two Italian researchers in 2015, they found strategy and socialization to be the main motives for choosing skill-based games. That the number of users of online competitive Ludo games increased during the Covid-19 pandemic, clearly indicates how the players perceive it. Games like online Ludo have been providing the much needed fair competition, recognition and the sense of being a part of a community to the gamers, which is crucial for mental wellbeing of people during these uncertain times. Equating such games to a coin toss is a logical fallacy which reeks of ulterior motives or misplaced concern.

"India has a long and rich history of cultural and social games used for recreation, entertainment and social engagement such as Ludo, Carrom, Snakes and Ladders and even Chess. Modern day technology has allowed these games to come alive in their online forms. With necessary changes to their formats that include free to play and pay to play formats these games have become skill predominant thereby reducing elements of luck and chance. Making simple changes like adding time limits to strategize, options to skip moves, eliminating dependence on getting a specific number for opening the game, and other such game enhancements remove elements of chance and ensure a preponderance of skill. New users receive training on how to play the game at the time of signing up, training games are free to play and users are encouraged to learn, evolve and perform better based on skill and strategy. “

Such online games therefore fall in the category of Online Skill based Casual Games and can in no way be compared or equated with gambling. A deep understanding of evolving technologies, information, and analysis is the need of the hour for any prospective regulation and continuing to support innovation and the start-up ecosystem”, said Rameesh Kailasam currently the CEO of IndiaTech.org.

Playing online Ludo competitively isn’t different from playing cricket or football in a real-life tournament or league. You can win or lose a single game, based on a single mistake or circumstances that can be attributed to luck, however, winning the league is only possible with consistent performances and continual improvement. This simply cannot happen in a game of chance, in fact, this is the most important differentiator between games of chance and skill. If you were to plot the progression of a player in an online Ludo game on an S curve, you can easily see that over time, almost all the players move beyond the median and show improvement in their winning ratios. This is irrefutable proof of the game being skill- & experience-based  and has adequate research to prove so.

Many courts in India already recognise Ludo as a game of skill. Just like in chess, where people use judgement and strategy in determining which piece to move and when, similar skills are required while playing Ludo, where a player must employ strategy to determine which tokens to move and when. Then comes, how to successfully ensure that maximum tokens reach the destination (the ‘home’) before those of other players, protecting your tokens from the attack of other players, attacking other players’ tokens, which token to move and which to leave, whether to chase, to run, or to play safe. All of these requires skills and expertise. As we can see, the mere fact of rolling the dice does not by itself make Ludo a game of chance, as skill predominates the elements of chance.