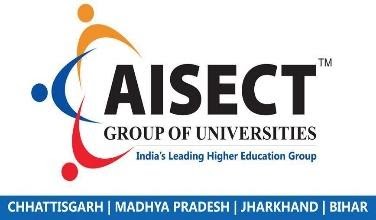 New Delhi, 23rd July 2021: AISECT Group India’s leading social enterprise working in the areas of Skill Development, Higher Education, Financial Inclusion, e-Governance and other ICT-based services in the semi-urban and rural areas of the country, has been entrusted by National Skill Development Corporation (NSDC) and Microsoft for their digital project operating in rural India. NSDC and Microsoft have collaborated recently to transform India into a digitally empowered nation through NSDC’s eSkill India portal. Further, Microsoft in association with NSDC has initiated a project which is a skill development programme for creating data entry executives exclusively for females, targeting beneficiaries from rural and semi-urban parts of India. The project’s target is to develop ICT-based skills in women residing in the project locations and generate employment. AISECT will implement the project in seven locations; Bemetara, Rajgarh, Narayanpur, Bijapur, Durg, Jhansi and Chitrakoot.

Microsoft’s project works with the mission to empower females across different organisations to widen the horizons of digital literacy in India. AISECT has pioneered 36 years of experience in skill development through ICT-based services in rural and semi-rural parts of the country and hence due to the synergies between the two entities, the project is getting implemented by AISECT at 7 locations.

AISECT has been working for the upliftment and financial independence of females for a long time. AISECT, through its all-inclusive pro-women project, is bringing ICT centres for vocational training to women in rural and semi-urban communities. By combining free vocational training, skills development like entrepreneurship and job placement programs, the AISECT model has trained 400,000 marginalized girls in 400 districts in India till date. In addition to that number, 2,000 women entrepreneurs have also emerged from the program, successfully running their micro-enterprises, accounting for employment of 5,000 people today.