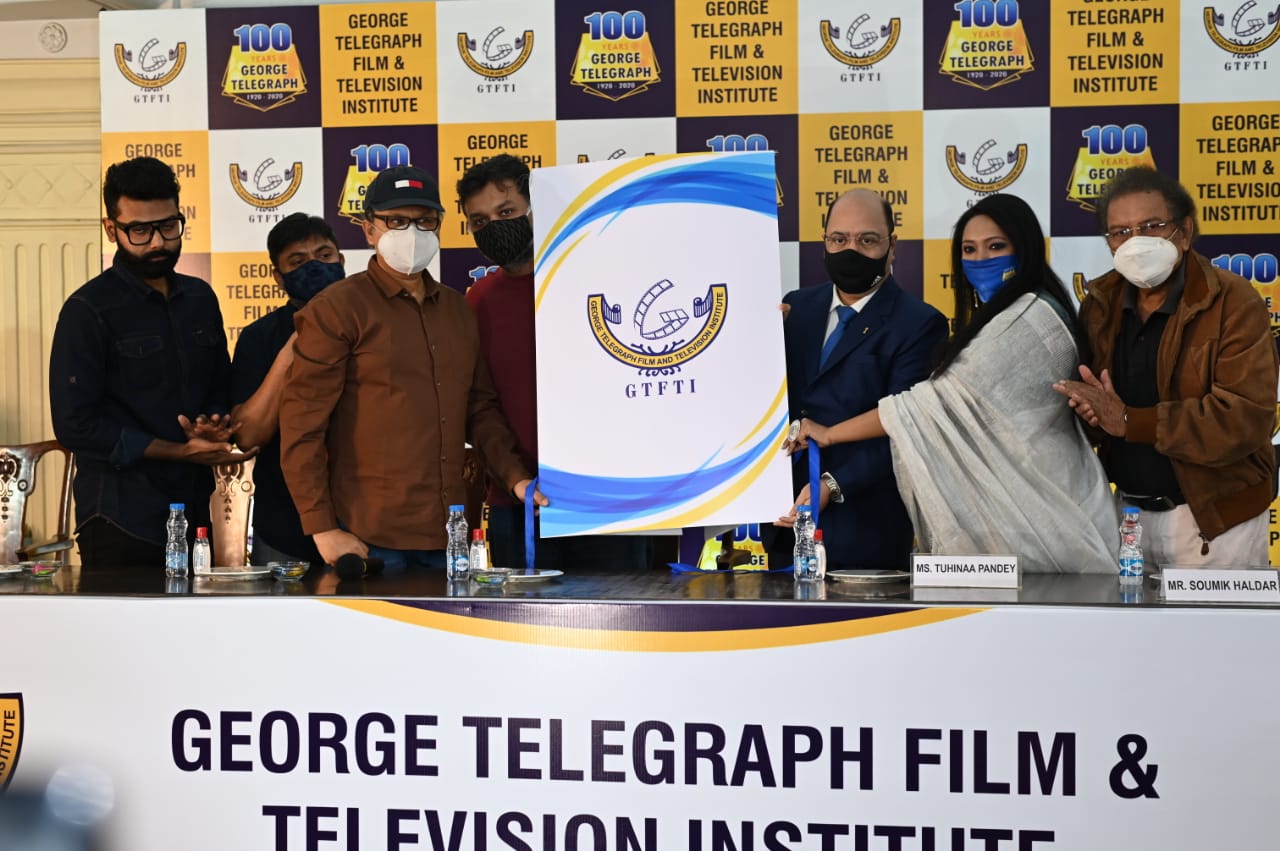 The George Telegraph Film and Television Institute is a new venture to support the dream of youth, who aspire to make a career in the film industry by learning from the top-notch industry professionals

Kolkata, 30 November 2020:The George Telegraph Group, one of the pioneer names in vocational training space, celebrated its completion of 100 years with the launch of its new vertical, George Telegraph Film and Television Institute (GTFTI). This is to provide a new career option to Indian youth in performing arts, as it rolls out the unique stream of studies for thousands of students.

The event was illuminated with the presence of Chief Mentor of GTFTI and National Award Winning Director Srijit Mukherji, Dean of the institute and versatile actor Biplab Dasgupta, HOD Film Direction, GTFTI and National Award Winning filmmaker, Atanu Ghosh, Director of Photography and  Head of Department Cinematography and renowned Cinematographer Soumik Halder and Arna Mukhopadhyay, a distinguished actor in theatre arena  will be responsible for stage acting department respectively. Other eminent personalities like Actor Bhaswar Chatterjee, Film-Editor Arghyakamal Mitra, Model Nick Rampal will also be the part of GIFTI faculty.

The event was initiated with a welcome speech followed by the brief speeches of an array of experts of the film industry including Subrata Dutta, Managing Director, and The George Telegraph Group. In this captivating session, Srijit Mukherji and other dignitaries emphasized the unique course structure and career opportunities that lie ahead after completion of the courses at GTFTI. It is offering courses in Acting, Film Direction, Cinematography, and Stage Acting and modelling.  It was concluded by a thanks giving speech of Tuhinaa Pandey, Joint Director, GTFTI.

Speaking on this occasion, Subrata Dutta, Managing Director, The George Telegraph Group, added, “We are proud to announce the launch of our new vertical George Telegraph Film and Television Institute on the occasion of completion of 100 years of legacy in providing an unmatchable learning experience to the students in vocational training. We aim to develop the skill set of students who aspire to pursue a career in acting, direction, and cinematography and also to support them to build up their career in the film industry. We are delighted to have all the eminent personalities on board as faculty members, who can help our students to reach the pinnacle of success.”

This institute is going to provide an unparalleled experience with world-class infrastructure and state of art facilities, which are required for performing arts. It is equipped with much more advanced and customized features including customized light and sound system for stage performance, T-shaped wooden track for runway training.

Tuhinaa Pandey(Joint Director), GTFTI also added, “With my wide experience and dedication, I promise to take this institute to a level of excellence where we will strive to be one of the best institutes that will train thousands of budding actors and technicians to work and contribute to the film, stage and television industry with their professional training and knowledge.”

About GTFTI: The George Telegraph Group is a foundation that is running with a legacy of 100 years. In its centenary year it has proudly launched a vertical, which will give thousands of students a parallel career. George Telegraph Film and Television Institute (GTFTI) will provide training on a professional level to students aspiring to be a part of the Film & Television industry. The aspirants will be given specialized training with theoretical as well as practical knowledge. The curriculum has been set in a constructive and professional manner, and will involve faculty who are the best to be able to impart training and share their experience. GTFTI will strive to be one of the best institutes that will train thousands of budding actors and technicians who will become professionals contributing to the film and television industry with their soft skills and knowledge.