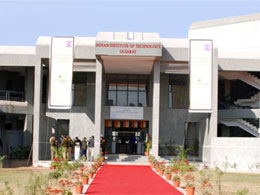 Very well known for its academic courses and faculty, IIT Gandhinagar was established in 2008. It is a new born baby in the cluster of IITâ??s. Since its date of inception, it has gained enough position amongst the eight IITâ??S. NRIâ??s are more fascinated for working in IIT Gandhinagar, as when hiring was on for the post of facultiesâ?¦.most of the applicants who applied for the desired positions were NRIâ??s. IIT Bombay is the backbone of IIT Gandhi nagarâ?¦.It is now on the path of success and trying to establish its place among other eminent IITâ??â??s.

Faculty is the backbone of the institute. IITGN is committed to recruit and retain outstanding faculty & provide them the facilities & environment conductive to their best performance in teaching & research. Regular faculty is encouraged to strive for excellence and a number of incentives, including financial are available to them.Some of the best faculties we have:

IIT Gandhi nagar offers placement services to its students. There is a seperate placement office for students where they can clear up their queries.