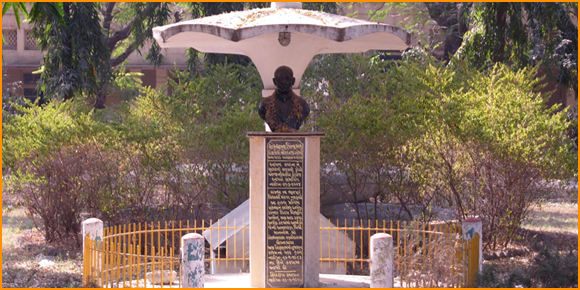 Dr. S & S. S. Ghandhy College of Engineering & Technology is situated in SURAT, The second largest city of Gujarat State. This Institute is one of the oldest and largest Technical Institution of Gujarat. It was established in June 1955. The donor late Dr. SORABJI & SAROSH SORABJI GHANDHY, A local ZORASTRIAN Medical Practitioner, was the Prime Driving Force behind the establishment of this Institute, who donated Rs. 0.52 million in the year of 1952. Actually, He had a dream of starting a Degree Engineering College, not just a Polytechnic and so He name the college as Dr. S & S. S. GHANDHY COLLEGE OF ENGINEERING & TECHNOLOGY. Later on The government of Bombay State acquired the land building and equipments at the cost of Rs. 0.605 Million.