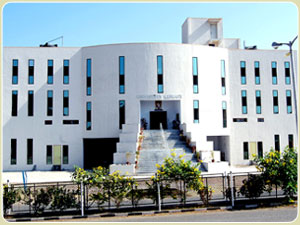 Bhavnagar University struggles to exist and develop in the midst contradictions. This in an oldest seat of learning in Saurashtra; but the youngest University It has seen a span of 23 years, yet it has received grant for virtually two plan periods. Bhavnagar is considered to be the cultural capital of Gujarat and at the dawn of independence, Bhavnagar was the biggest and the most planned city in Saurashtrae.Today its growth rate has been hampered for want of resources. After decline mercantilism the ports of Bhavnagar and Surat experienced decay. Surat had other avenues of development, whereas Bhavnagar had not. To add to this, two textile mills and 4 to 5 other big factories have been closed down; the port has been in an almost unusable condition; water shortage and salinity ingress have been constant treats.Bhal the backward-most region of Gujarat falls in Bhavnagar district. It is for all these reasons that the area in and around Bhavnagar looks towards University with a hope that the University becomes an agent of change and it is with this hope that Bhavnagar University proposes its X plan.