With the presence of top faculty and practitioners the college is well known for the excellent students and knowledge imparted to them. Armed Forces Medical College also has the provision of research studies. Armed Forces Medical College is a premier medical institute of India acknowledged as a centre of excellence for education and research. The college provides training to under-graduate and post-graduate medical and nursing students with assured career prospects in the defence services.The institute was set up on 01 May 1948 by an act of parliament of India on the recommendations of the BC Roy Committee by the amalgamation of various defence medical organizations.

The Armed Forces Medical College (AFMC) is a medical college in Pune, India, in the state of Maharashtra. The college is managed by the Indian Armed Forces.

Established in May 1948 after World War II on the recommendation of the BC Roy Committee, remnants of various Indian Army Medical Corps units were amalgamated to create the Armed Forces Medical services. The AFMC undergraduate wing was established on 4 August 1962, which is celebrated annually as AFMC Day by its alumni across the globe.AFMC has been ranked consistently among the top medical colleges of India, with the Outlook 2012 and 2015 survey ranking it second amongst all the

100% student gets placementAll mebers have to join Armed Forces The packages are like in 6 figuers and increament as per government plans.and Few members goes outside and join different hospitalsFew of then goes abroad too for higher studies.No need for campus placement..everybody can join anywhere

Master of Science (M.Sc.) in Nursing

Diploma in Dermatology, Venereology and Leprosy 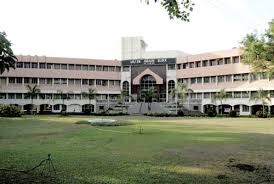 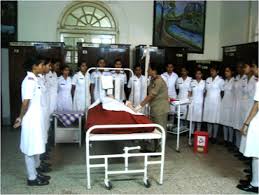 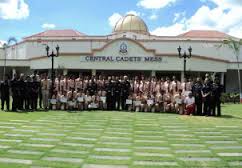